The SIMA 360 Winter Camp is designed for individuals who are looking to have fun while competing in a challenging environment. Our curriculum derives from the methodology of SIMA, which includes technical-tactical sessions on the field, soccer specific physical workouts, video analysis, team building activities and goalkeeper training.

Our philosophy provides methods to increase physical and personal growth while allowing players to be creative. If you are looking for a high-level training environment that promotes physical and social development, then this is the camp for you. 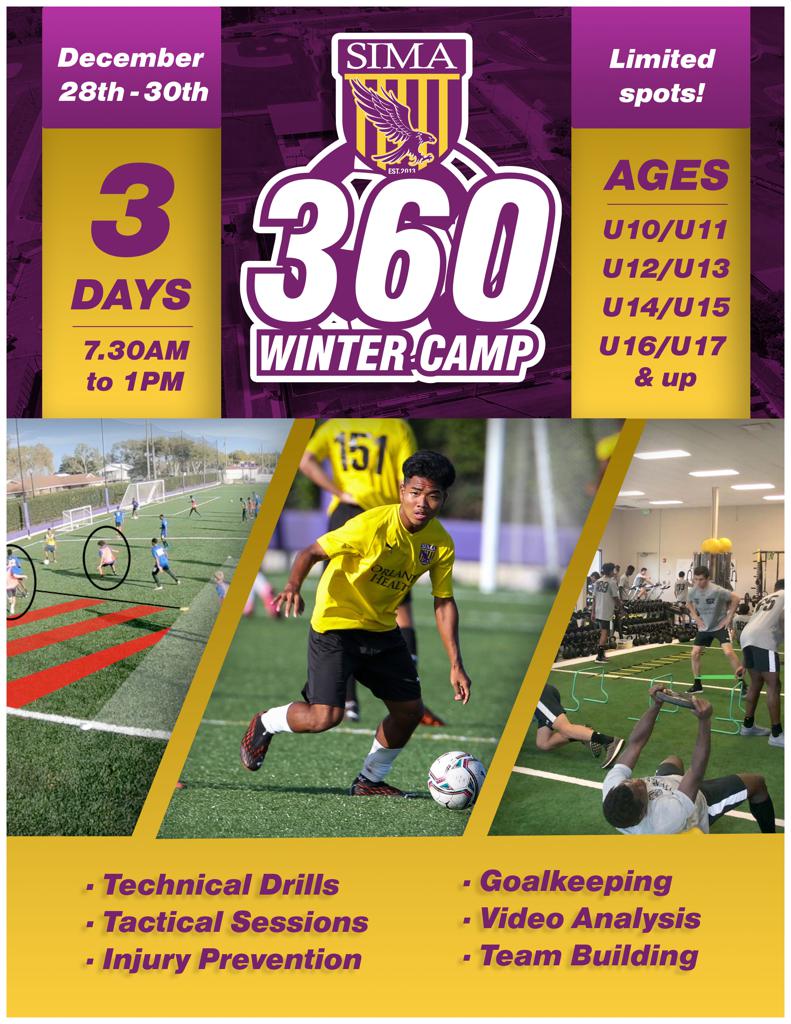 Mike Potempa holds a USSF “A” coaching license and spent seven years as a Division I college coach at his alma mater from 2004 through 2010. While at Clemson University, Potempa coached in the 2005 College Cup Final Four, and worked with over 30 student athletes who eventually went on to play professionally in Major League Soccer and abroad. As a player, Potempa is a former U.S. National Team member at the Under-17, Under-18, Under-20, and Under-23 levels and represented the United States in the 1995 FIFA Under-17 Youth World Cup in Quito, Ecuador. He was a three time All-American and captain at Clemson University helping lead the Tigers to an ACC Championship in 1998.

SIMA 360 Winter Camp will be run by highly-skilled coaches from Montverde Academy. The staff have all coached and played at the highest levels and have extensive experience teaching the game from MLS Academy and College DI to International experience and Pro license holders. The coaches will primarily focus on two aspects: Improving fundamentals and encouraging character development.