Since its inception in 2010, the Soccer Institute at Montverde Academy has grown exponentially. Starting with only 24 boys on the varsity roster, SIMA has grown with over 150 boys in the program ranging from young middle school athletes to high school seniors and post-graduates.

Throughout the years, countless graduates have gone on to compete at some of the top college soccer programs in the country in both NCAA and NAIA divisions and some have even gone on to play professionally both domestically and abroad. With such talent at Montverde Academy, the SIMA program went on to earn back-to-back National Championship titles in 2011 and 2012 and had eight consecutive undefeated seasons from 2010 to 2018.

Due to the success of the program and the athletes that made it possible, SIMA and Montverde Academy became home to the Orlando City Development Academy and Orlando City B in League One. OCB is in its inaugural season and will have its season Home Opener on March 30 at 7:30 p.m. at the Stadium Field.

To honor those who have made this opportunity possible over the years, Head Coach and SIMA Director, Mike Potempa, wants to call back all of the SIMA alumni to recognize their efforts in getting the program to where it is today. Without their dedication to SIMA and Montverde Academy, this partnership with Orlando City wouldn’t be possible.

SIMA alumni of all ages are welcome to join us back on campus for an alumni match on Saturday March 30. It will be followed by a cookout at Headmaster Dr. Kesselring’s house and later, all are welcome to attend the OCB Home Opener match where all returning SIMA alumni will be honored at halftime to recognize the part they played in progressing the program.

All SIMA alumni interested in attending are welcome to RSVP at Anderson.cardoso@montverde.org. 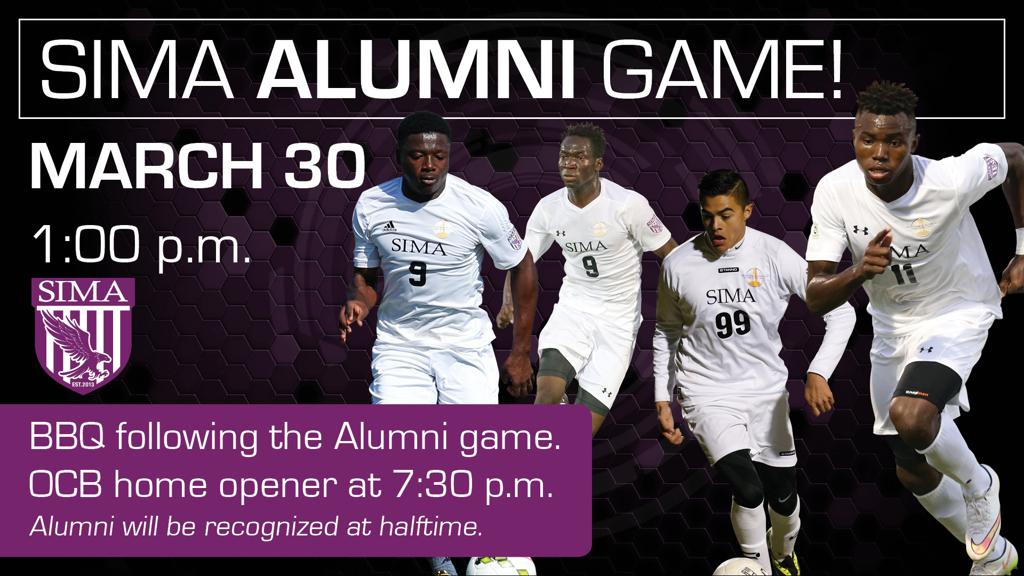