Hew will play on behalf of the Cayman Islands Under 17 Boys National Football Programme as they compete in CONCACAF, the Confederation of North, Central America and Caribbean Association Football. The Cayman Islands will participate in the Under 17 Championship Qualifiers on March 14-25 in Tampa, Fla. If the team is successful in the qualifying tournament, the finals will be held May 1-16.

Originally from the Cayman Islands, Hew is adept at play as a center back, as well as center of the midfield. As one of 20 high-level footballers joining the U17 travel squad, Hew will be required to maintain the highest level of fitness, attendance, focus, and intensity to secure a spot on the roster.

Hew is currently a member of the SIMA Marseille team and is coached by Kevin Varnado and is a recent addition to the program. In such a short period of time, Hew has already been awarded MVP honors for his group in the SIMA Challenge Cup and is tied for second place in the Golden Boot Race with four goals.

“We are incredibly excited for Harrison as he has the opportunity to represent his country in competition, as it is the ultimate goal for any athlete,” said Coach Varnado. “Harrison has been a model young man on and off the field this year and he is more than deserving of this opportunity. We wish him nothing but the best as he joins his teammates to compete in the 2019 CONCACAF Under-17 Championship.” 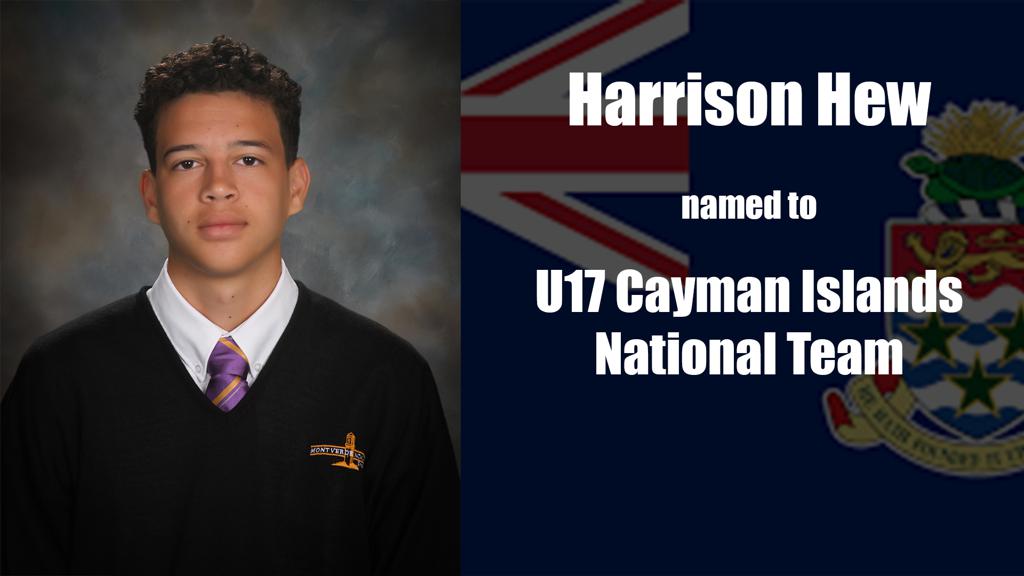