The Soccer Institute at Montverde Academy junior goalkeeper Marc Kouadio made his mark at the 2019 men’s under 17 CONCACAF, the Confederation of North, Central America and Caribbean Association of Football, tournament. Kouadio was originally selected to train with Team Canada in Mexico in March of this year. After being called back to the team to participate in group play, Kouadio earned a starting position.

Kouadio started for Team Canada in the Group F opener against CONCACAF rival Team USA. Even though Canada was up 2-0 at halftime, USA came back to claim the win. Despite the loss, Kouadio had several key saves throughout the match.

Two days later, Kouadio started again for Team Canada in their second match of group play with a resounding 4-2 win over Guatemala. Standing second in group play with a win and a loss, their final match against Barbados was highly anticipated, for the outcome would dictate the advancement to the round of 16.

On May 6, Team Canada faced Barbados in Team Canada’s 75th U17 match with 33 wins, 14 draws and 27 losses in total. With a dominant 4-0 win, Team Canada advanced to the round of 16 and was set to face Curacao in the knock-out round.

Three days later, SIMA goalkeeper Kouadio was starting again for Team Canada after taking the previous game off. On May 9, Team Canada faced Curacao in the round of 16 and beat the Dutch Caribbean island team 4-0 to advance.

In the quarter final match on May 12, Kouadio started once again and was able to leave a historic mark on the team as his save in penalty kicks helped his team beat Costa Rica 4-3. At the final whistle, the match was tied 1-1, and with Kouadio’s save, the team not only advanced to the semi-finals but also punched their ticket to the Under-17 FIFA World Cup in Brazil.

This marks the first time in six years that Team Canada has qualified for the U17 FIFA World Cup and the seventh time overall. If the team is to advance to the CONCACAF finals it will be only the second time in the country's history.

In the semi-final match on Tuesday, May 14, Team Canada faced CONCACAF rival Team USA in a tournament rematch. After falling to them 3-2 in the group stage, Team Canada was eager to right the ship. With Kouadio on the sidelines, the Maple Leaf squad fell 4-0 to their American neighbors.

Despite their second loss of the tournament sending them home in the semi-finals, the team and coaching staff was proud of their FIFA World Cup qualification which will send them to Brazil in mid-September. 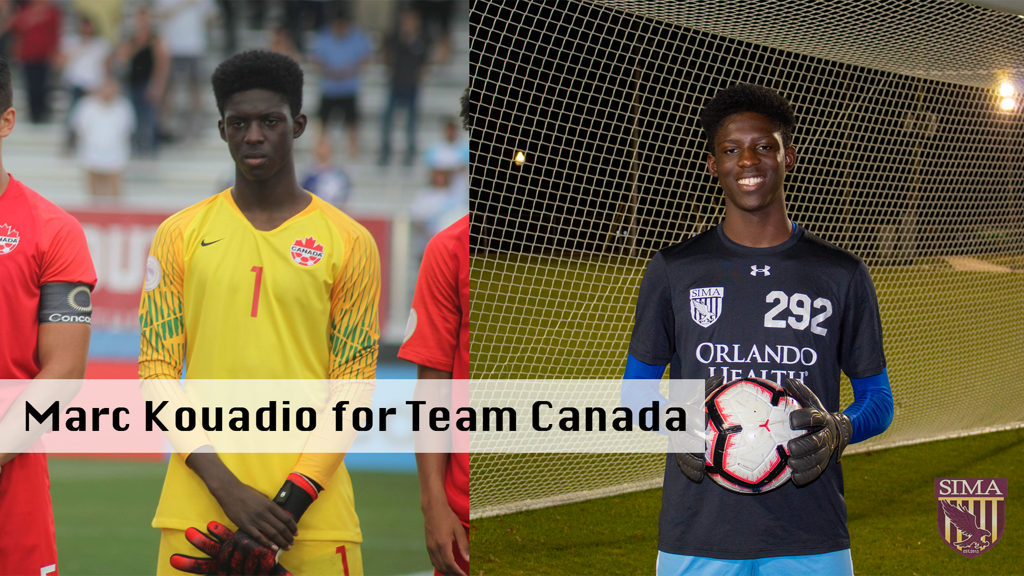