The MAC Hermann Trophy is the most prestigious individual award in college soccer and is presented annually to the most outstanding male and female players of the year.

Enrique Facusse ’17 is a junior goalkeeper for the University of Kentucky from Tegucigalpa, Honduras. In 2018, Facusse made a name of his own earning Second Team All-America, USC All-Southeast Region First Team, C-USA Freshman of the Year, C-USA Golden Glove Award, C-USA All-Freshman Team, and more. He also broke the UK season record with 19 wins and 14 shutouts totaling 116 saves in two seasons for the Wildcats.

With some of the most prestigious awards between the two Eagle alumni, both are solid contenders for the 2019 MAC Hermann Trophy. A total of 15 semifinalists will be named towards the end of the season and a winner chosen in January 2020. 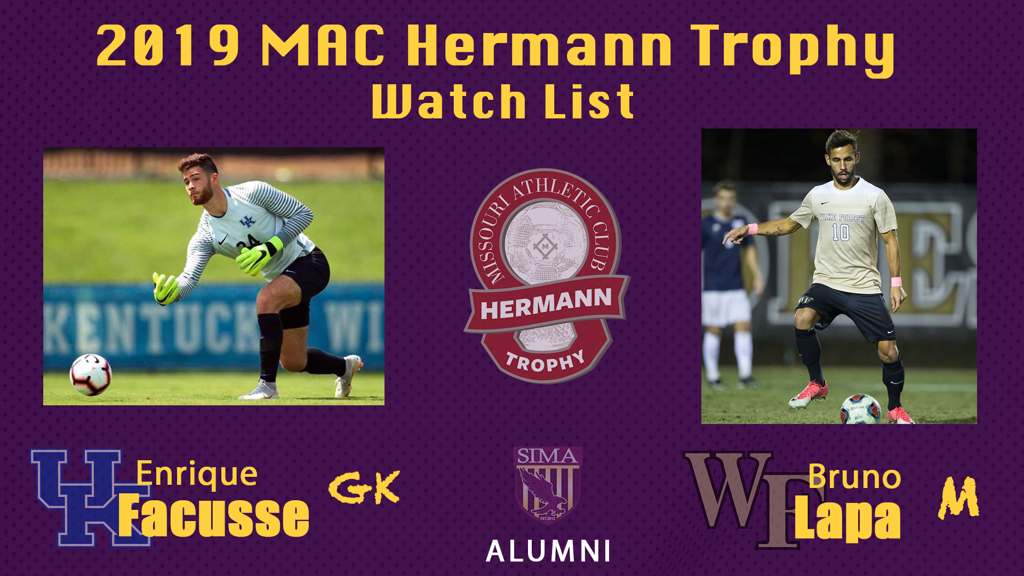