The Athletic Coast Conference has named three Montverde Academy and SIMA alumni to their ACC Preseason Watch List for Men’s Soccer out of 12 names, each representing an ACC team. Edward Kizza ‘17, Bruno Lapa ‘16, and Malick Mbaye ‘16 are representing their teams on this ACC watch list.

Kizza, originally from Kampala, Uganda, is currently in his junior season at the University of Pittsburgh in Pennsylvania. Kizza came to Montverde Academy and joined the SIMA program in 2014. Since his graduation from MVA and his start at Pitt, Kizza has received several career highlights for the Panthers including two-time All-ACC Academic Team, ACC All-Freshman Team, All-ACC First team, and more.

Mbaye, originally from Dakar, Senegal, is currently in his senior season at Clemson University in South Carolina. Mbaye came to Montverde Academy and joined the SIMA program in 2013. Since his graduation from MVA he has received numerous accolades while on the Tiger roster including All-ACC Freshman Team, Newcomer of the Year Award, and ACC Academic Honor Roll. As a defender,

Lapa, originally from Curitiba, Brazil, is currently in his senior season at Wake Forest University in North Carolina. Lapa came to Montverde Academy in 2014. Since his graduation from the Academy, Lapa has received a plethora of accolades as a midfielder on the Demon Deacon roster including ACC Midfielder of the Year, First Team All-ACC, MAC Hermann Trophy Finalist, and many more. 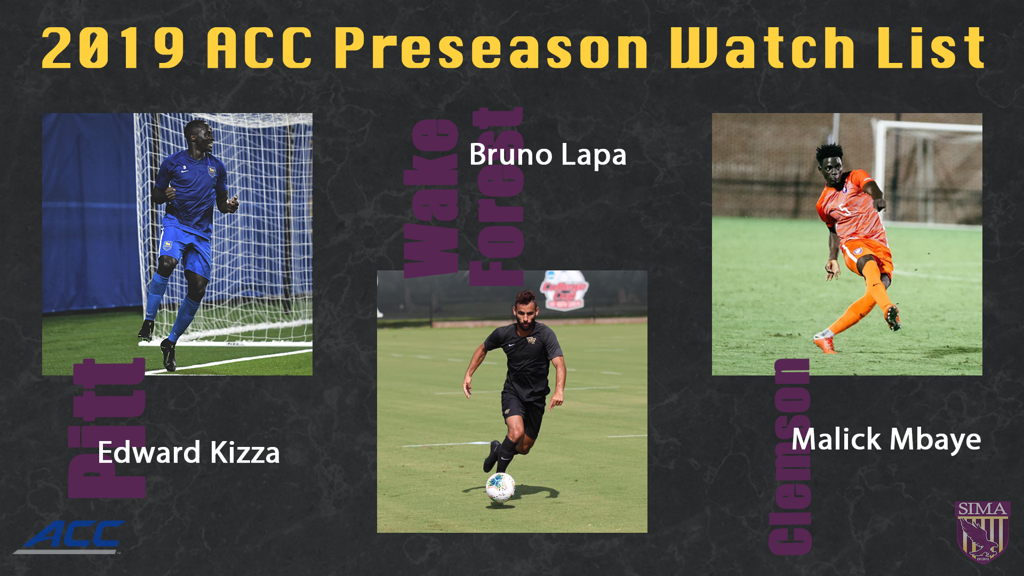