The Soccer Institute at Montverde Academy (SIMA) is excited to announce the hire of Jose Bargues, Walker Dawkins, Jose Rodriquez, and Thomas “Tommy” Caleca to the SIMA staff. Both Dawkins and Caleca come to Montverde Academy after graduating from the University of Central Florida while Bargues and Rodriquez bring prominent resumes to the program.

Jose Bargues joins the SIMA staff from Valencia, Spain. Bargues has coaching experience at various international clubs, teams, and academies including Valencia CF, UD Ibiza, Huracan Valencia CF, and CD DSV Colegio Aleman – Universitat de Valencia. He also has teaching experience from the Valencia Football Federation and Mifra Coaching School. With this experience, Bargues will be able to better integrate education and sport, one of the pillars of the SIMA program. Bargues holds a UEFA Pro Level Coaching License from the Real Federation Espanola de Futbol. He is fluent in three languages including Spanish, English and French with education from the Official School of Languages Valencia. He holds a Master’s degree in Computer Engineering from the Universidad Plitecnica de Valencia and a Professional Master’s degree in High Performance in Team Sports from the Institut Nacional d’Educacio Fisca de Barcelona. Bargues will be joining the SIMA staff as the Head Coach for the SIMA Gold team.

Walker Dawkins joins the SIMA staff from the University of Central Florida where he played on their varsity soccer team. He was a captain for the Knights and lead them to an American Conference Championship. Dawkins graduated with a degree from UCF in Interdisciplinary Studies and a minor in Communication. He is from Royal Palm Beach, Florida and comes from a family of NCAA athletes with Dawkins' mom, dad, and two sisters all participating in college athletics. Before college he grew up playing soccer and played for the U14 and U15 US National Team. He joins the staff as a Physical Trainer focusing on injury prevention.

Jose Rodriguez joins the SIMA staff as an Assistant Goalkeeper Coach. Rodriguez has coaching experience from Florida Rush Soccer Club, FC Elite and ACYS Spirit United. He has also coached youth soccer internationally in Iceland and Norway and worked with MLS teams including Dallas FC and New England Revolution. Rodriguez also has vast experience as a goalkeeper himself as he played for an adult league in Peru for four years, participated in Goalkeeper Training Camps in Bodo, Norway, and Kiev, Ukraine. Most notably, he has played for the US Men's National Deaf Soccer Team participating in Training Camps for Deaf Pan Am in Chile 2019, Deaf Tournament World in Australia 2017, Deaf Olympics in Turkey 2017, Deaf World Cup in Italy 2016, and Pan Am in Venezuela. He currently plays for the Deaf Indoor Soccer Amistad Tournament. Rodriguez is fluent in English, Spanish, and American Sign Language and will be working with all of our goalkeepers but specifically our Aguiluchos program.

Tommy Caleca joins the SIMA staff as an Equipment and Transportation Manager. Caleca comes to Montverde Academy after graduating from the University of Central Florida where he earned a BSBA in Integrated Business. He also interned for multiple departments in the athletic department working as a marketing intern, events associate, and a student manager for UCF’s Men’s Soccer team under Coach Scott Calabrese. With the men’s team, he was in charge of assisting coaches with organizing practice/pre-game drills, filming games for future video breakdown, organizing and distributing laundry.

The SIMA program continues striving to offer our student-athletes the best possible training experience by hiring knowledgeable and experienced coaches and staff. All SIMA staff and coaches can be found in the link below 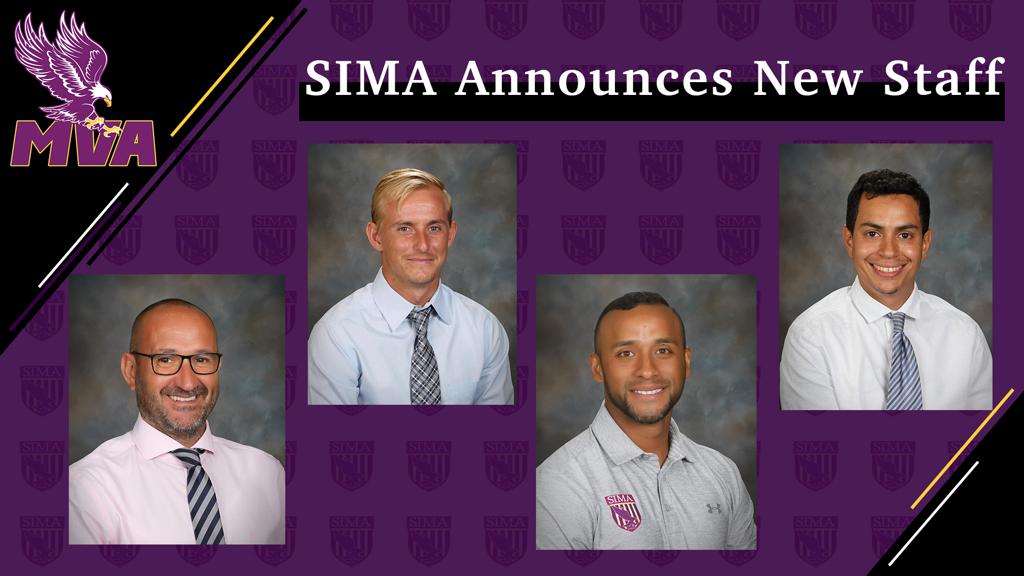