The Soccer Institute at Montverde Academy (SIMA) alumnus, Michee Ngalina ‘18 has been named to the USL Championship’s 20 under 20 list. Ngalina finds himself on this prestigious list for the second year in a row advancing four spots to No. 13 in 2019.

“I feel honored to be listed in the U20 for the second time as the #13, because not only did I get listed the second time, but also exceeded the first number,” said Michee Ngalina.

Ngalina currently plays for the Philadelphia Union in the MLS. He has fought every game as a forward to prove his abilities and in May, signed a contract with the first team after a successful start with Bethlehem Steel FC in the USL Championship League. After two years with Bethlehem, Ngalina scored 13 goals with four assists which includes his record with two goals in two minutes. He was also able to snag the USL Championship Goal of the Week on March 30, 2019 in his match against Pittsburgh Riverhounds SC.

“It’s been a wonderful experience with the Philadelphia Union so far, and I’m glad I got the opportunity to be in the SIMA program which as a result got me to where I am today,” said Ngalina. “Rising through the team rank has been what I’ve always wanted. I do my best every day to be better than I used to be, and I’m glad it’s paying off.”

Ngalina came to Montverde Academy from the Congo and started training with the SIMA Gold team. Under SIMA Director and Head Coach, Mike Potempa, Ngalina was able to focus on his soccer aspirations while gaining a valuable college preparatory education.

“Not every athlete gets the opportunity to go pro, so it’s a good thing and a dream come true for me,” said Ngalina” Thanks to Montverde Academy and the SIMA program for the opportunity they gave me to study and play soccer.”

"We are extremely proud of Michee and all of the progress he has made at the professional level since signing his first contract with Philadelphia after three years of preparation in the SIMA Program," said SIMA Director and Head Coach Mike Potempa.

Ngalina has achieved so much at such a young age but has continued to stay in touch with his roots, including his alma mater, which helps to foster his positive mindset. He is known around his club for smiling through any situation and Ngalina wanted to share that mindset with the nest generation of SIMA student-athletes.

"He is an exceptional example of the values that we promote to our SIMA participants and I am quite confident that great things are in store for this tremendous young man,” said Potempa. “We are proud of him and everything he represents and we look forward to watching his future unfold in Major League Soccer for the Philadelphia Union." 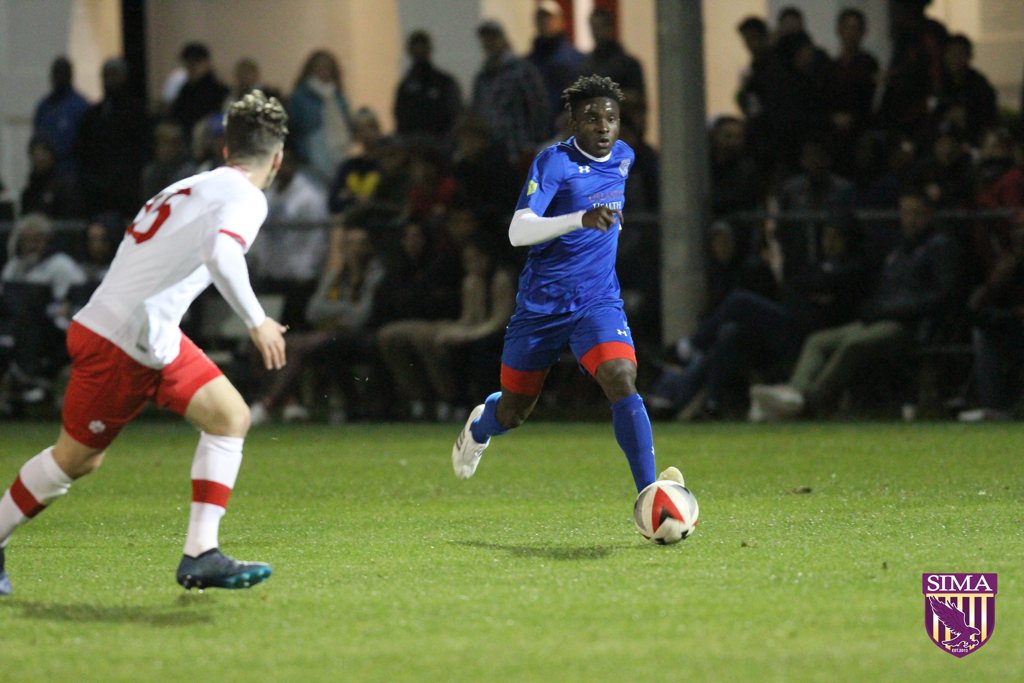