SIMA student-athlete, Marc Kouadio, is bound for the Under 17 FIFA World Cup hosted by Brazil, running from October 26 through November 7 of this year. Marc Kouadio ’20 will be representing Team Canada during this coveted event.

Marc Kouadio will be representing Team Canada as a goalkeeper in Brazil this fall. Kouadio helped Team Canada qualify for the World Cup earlier this year by starting four of the six games in the CONCACAF tournament in Bradenton, Florida. He started the first match of group play for Canada against Team USA. He also started in their second match against Guatemala where they had a resounding 4-3 win. Kouadio played in the round of 16 for Canada in their 4-0 victory over Curacao. He also helped the team pull out a close win against Costa Rica by saving a shot in penalty kicks which punched their ticket to the CONCACAF semi-final and the U17 FIFA World Cup.

Currently in pre-tournament camp play, Canada fell to Argentina 2-1 with Kouadio playing all 90 minutes. The Canadian squad looks to take on Mexico on Sunday, October 20, before heading into tournament group play the following weekend.

In group play, Team Canada will face host team Brazil on October 26, Angola on October 29 and New Zealand on November 1 in Group A. The Maple Leaves look to make their mark on yet another world stage this fall.

Kouadio has been a member of the SIMA program for over a year and has been the resident goalkeeper for the SIMA Gold team while filling in on other SIMA rosters throughout the season.

The U17 FIFA World Cup will head to the Round of 16 on November 5 with the top teams from each group advancing.

This is the first time in the history of the SIMA program where a goalkeeper will be representing his country in the U17 FIFA World Cup. 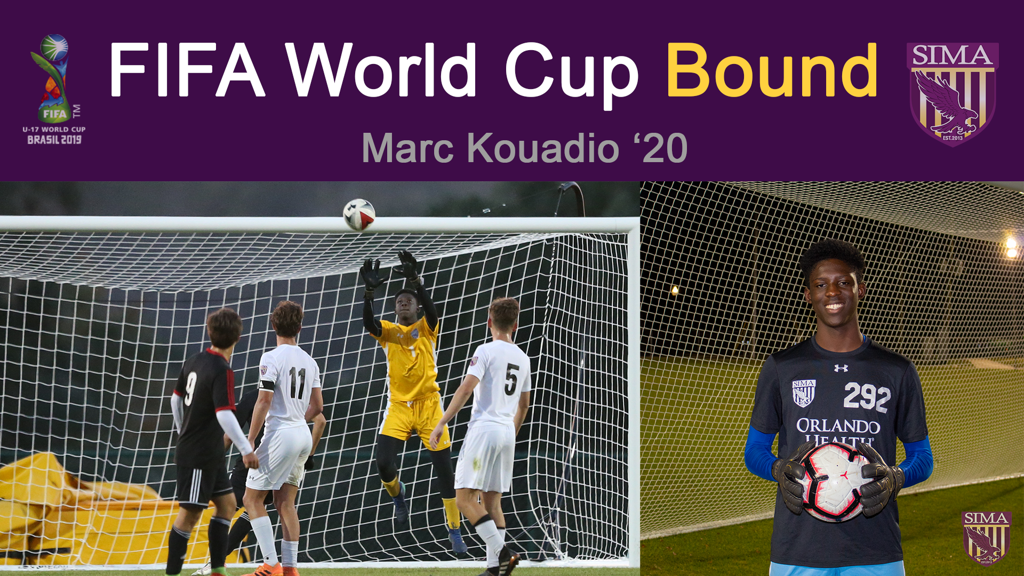