Every season, the Soccer Institute at Montverde Academy (SIMA) sees several student-athletes sign their Letters of Intent to play soccer at NCAA DI institutions with many more joining NCAA DII, DIII and NAIA programs. With six SIMA student-athletes already declaring their intent to play college soccer at DI programs this early in the college commitment process, it is clear that SIMA seniors will surpass the 12 NCAA DI college commitments from last year’s graduating class.

SIMA has some of the highest levels of diversity in the country with student-athletes representing 25 countries and four domestic states within the program and over 90 countries are represented in the Montverde Academy student body. This diversity sets training standards apart as varying styles of play are introduced at all levels. Solely within the six current commitments, three different countries are represented including Canada, Brazil and Ghana.

Oliver Correa and Richard Lapointe both come from Quebec, Canada and have been members of the SIMA program and members of Montverde Academy for two and three years respectively. They both have committed to NCAA DI Jacksonville University in Jacksonville, Florida where they will start classes and training in the fall.

Anderson Rosa and Lucca Dourado are from Salvador, Sao Paulo, and Para, Brazil respectively. They have been members of the SIMA program for two and three years and have all been members of our SIMA Gold team throughout their tenure at the Academy. They plan to attend and play at the University of Central Florida in the fall.

While the majority of our student-athletes will grace the fields of collegiate soccer programs across the country, a handful will graduate from Montverde Academy and enter professional rosters. From last year’s graduating class, Jordan Bender ’19 signed a professional contract with the Orlando City first team in the MLS while postgrad Cassio Santos ’19 signed with Kolding IF in the Danish First Division. They join the countless alumni who sign international and domestic professional contracts including Andre Shinyashiki ‘15, Binji Michel ‘16, and Diego Campos ‘14 who signed MLS contracts after college. 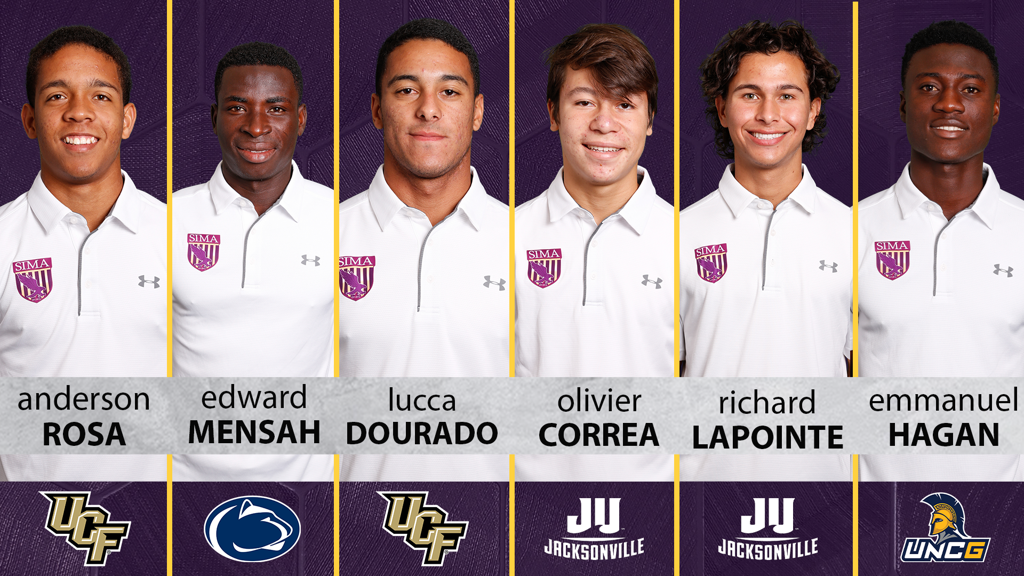