The Soccer Institute at Montverde Academy (SIMA) has been a staple for top level soccer talent in the United States with an emphasis on diversity and the understanding of being a good person, a good student, then a good athlete, always in that order. Over the years, SIMA has seen an influx of talent from Canada with a desire to continue their soccer career into collegiate athletics.

Montreal, Quebec, Canada has been a hot spot for soccer talent and over the years, more boys have made the transition down to sunny Florida to continue their training on a 10-month, outdoor training schedule. With many current Canadians in the SIMA program finishing their first year, they are following in the footsteps of Canadian SIMA alumni and current seniors who are making their mark on collegiate soccer.

Young footballer Daniel Contave is in the second semester of his freshman season and hopes to capitalize on his experience Montverde Academy just like those before him. Current seniors Richard Lapointe and Olivier Correa both signed National Letters of Intent to play collegiate soccer at Jacksonville University where they will be joining Gabriel Simoneau ’19 on the Dolphin roster. Among the opportunities that SIMA has provided its student-athletes, there is one common thread that connects those who have been brave enough to enter the program, that is the value of worth ethic and diversity.

U17 FIFA World Cup participant and Canadian Goalkeeper, Marc Kouadio understands the value of hard work and has seen first-hand the fruits of his labor. After joining the SIMA program two years ago, he has gained invaluable experience through international competition against Orlando City SC, Clube de Regatas do Flamengo, Herta Berlin, Panama, Canada, and USA’s Senior Men’s National Teams, Valencia CF, Clube Atletico River Plate, and more that prepared him for the world stage. Kouadio has also been recognized as they Best Young Player in Quebec for three years in a row by Soccer Quebec.

“I am very grateful for this unique experience and I was able to make it to the World Cup, but it wouldn’t have been possible without the SIMA staff and my teammates who are always pushing and supporting me,” said Kouadio.

Kouadio will be heading to NCAA DI University of Dayton in the fall as a member of the men’s soccer program and will be able to check another lifetime milestone off his list.

Soon-to-be seniors Anthony Cruz, Christof Malboeuf, Jacob Green, Mathis Pilon, Mitchell Casimir, and Chadi Mayati have more than just Simoneau’s path as a guideline for Canadian talent in the United States. Recent graduate Jeremy DiLallo ’19 continued his career at the NCAA DI University of Central Florida where he competed in 15 matches with the Knights in his first season alongside American SIMA alumnus and goalkeeper Matt Douglass ‘18.

Nathan Simeon ’19 and Xavier Laneuville ’19 took their talents outside the state of Florida with Simeon playing 14 games with the University of San Francisco this past season and Laneuville joining the St. Francis Brooklyn College roster.

“I truly think this is one of the best decisions that my family and I have made for myself,” said Cruz. “I think that this is the best place for a student-athlete to develop as a person, student and athlete to improve tremendously. I think that hard work here can bring you big and life changing opportunities.”

SIMA was the cornerstone of their soccer journey and the decision to join SIMA under Head Coach Mike Potempa and his staff has been a pivotal moment in their development. With athletes signing professional contracts and National Letters of Intent to NCAA DI and DII institutions every year, greatness is around every corner. 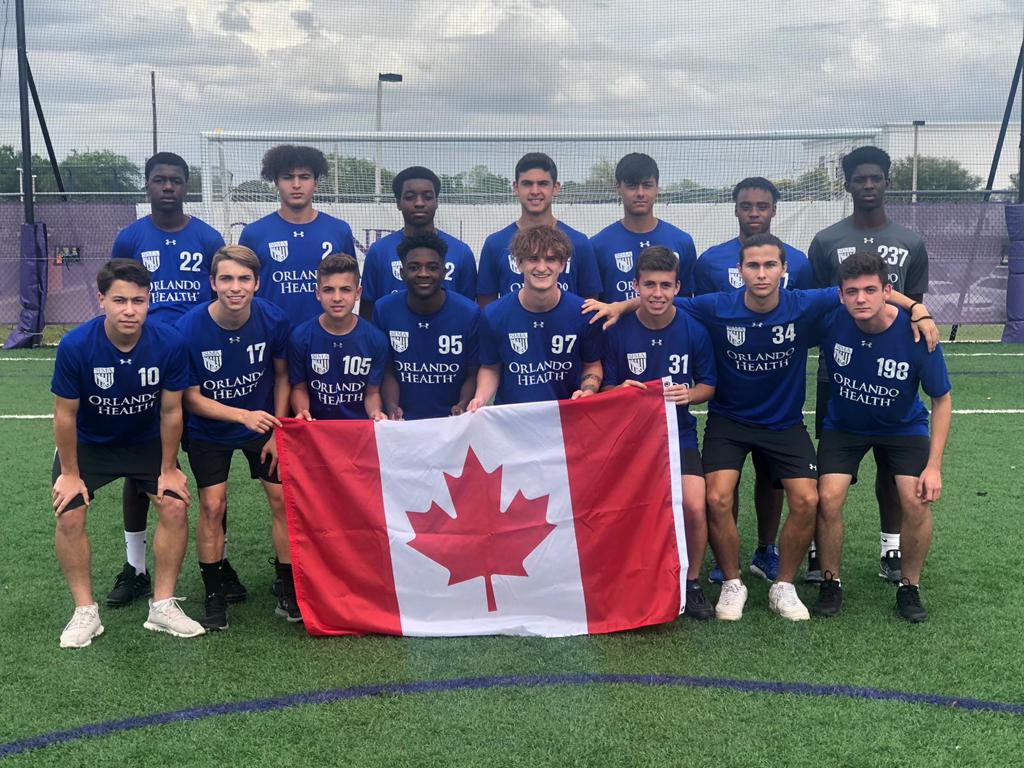