With the college commitment season in full swing, the Soccer Institute at Montverde Academy (SIMA) has seen six additional commits to colleges across the country. This group adds five NCAA DI commitments to the previous six this season along with our first NCAA DII commit.

These recent college commits hail from five different countries and will each be attending colleges and universities in different states. These student-athletes have also all seen Honor Roll recognition this academic year.

Heading to Louisville University in Kentucky is SIMA Gold Ghanaian midfielder Eric Danquah. Eric has been a member of the SIMA program for two years and has improved his game under head coach and SIMA Director Mike Potempa.

Brazilian student-athletes Welnilton Junior and Caue Novaes are heading in different directions as they advance to collegiate footballers. Welnilton will be heading to NCAA DI Virginia Tech in the fall as a defender while Caue will be staying in-state as he attends NCAA DII University of West Florida as a forward. Though only being in the SIMA program for two years and one year respectively, they have progressed drastically during their tenure in the Academy.

Post-graduate SIMA student-athlete and French defender Cesar Ripa is heading to NCAA DI Temple University in Pennsylvania. Like Santa, Cesar has a challenging course load this year with AP Spanish Literature and AP French Language which he hopes will prepare him for collegiate classes.

World Cup goalkeeper and Quebec Young Player of the Year for three consecutive years, Canadian Marc Kouadio is heading to NCAA DI University of Dayton in Ohio. Marc will be following the footsteps of SIMA alumnus and current Flyers goalkeeper Frederico Barrios ’15 who will be graduating in May.

With a few dozen SIMA seniors left to make decisions on their steps following graduation, we are on the edge of our seats to see where they will head next. 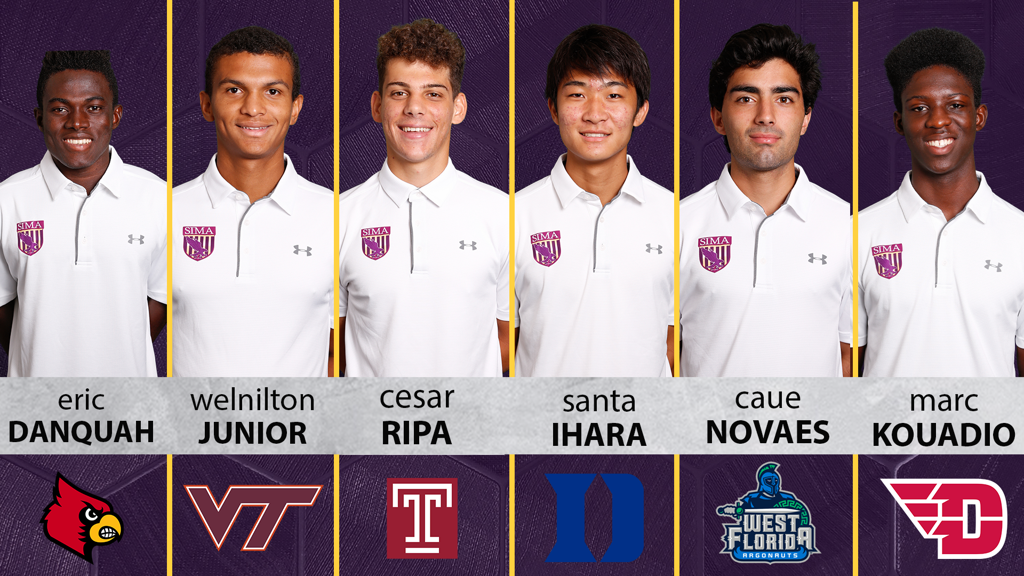