The Soccer Institute at Montverde Academy (SIMA) holds strong to the mission of seeing student-athletes through the process of development and preparing them to succeed at the next level, whether that be collegiate or professional soccer. This drive for success is not only found on the field, but also in the classroom as these boys have seen Academic Honor Roll recognition throughout their time in the program.

Issaka Salifu is one of several Senegalese student-athletes moving on to collegiate soccer. Salifu will join the Oregon State University roster in the fall as he marks another NCAA DI commit from the SIMA program. Salifu is not only a skilled footballer but has also received Honor Roll recognition for all three academic quarters of his senior year.

Soshun Shigaki is a post-graduate from Japan and will be joining alumnus Edward Kizza and fellow SIMA teammate Edward Mensah at the successful NCAA DI University of Pittsburgh in the fall. Shigaki is another SIMA student-athlete who has seen Honor Roll recognition for all three academic quarters this year as he heads to not only a soccer powerhouse but also a well-known academically rigorous institution.

Brazilian Jose Victor Santos is the second SIMA student-athlete to make an NCAA DII commitment this year. Santos looks to join the Mercyhurst University roster near Lake Erie in Pennsylvania, not far from Shigaki at Pitt. He has also seen dedication in the classroom pay off with two quarters of Honor Roll recognition during his post-graduate year.

Joao Pedro Souza is a fellow Brazilian and will also be finding his way up north as he will attend NCAA DI Boston University in Massachusetts this fall. Souza hopes to carry his successful study habits to college as he received Honor Roll recognition during each academic quarter to date.

Senegalese SIMA student-athletes Hamady Diop and Macoumba Ba will battle out their collegiate careers as Atlantic Coast Conference (ACC) rivals. Diop will join SIMA alumni Justin Malou and ACC Freshman of the Year Philip Mayaka as he looks to fill the shoes of SIMA alumni Nolan Lennon and Malick Mbaye who recently completed their degrees. Ba will also join recent SIMA graduate Weston King as he and teammate Eric Danquah join the University of Louisville roster in the fall. Both Ba and Diop have seen classroom distinction with Honor Roll recognition this year.

While our current signees hail from four different countries, they only represent a fraction of the diversity in the SIMA program. These five NCAA DI commitments also bring the tally to 16 student-athletes heading to top soccer programs with two additional NCAA DII commitments rounding out the 18 players heading off to colleges across the country. We wish them luck as they take on this next chapter of their life. 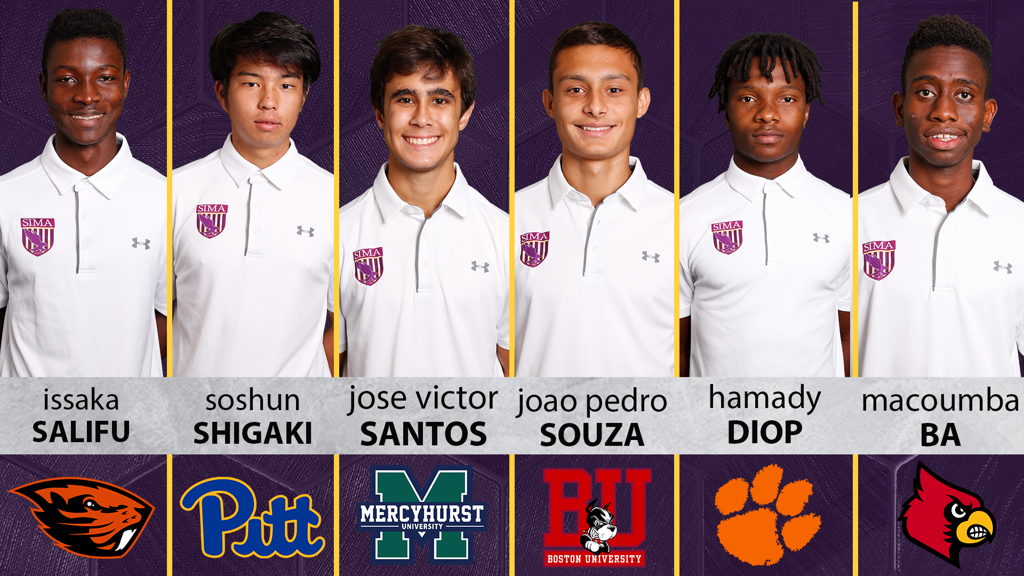