MONTVERDE, Fla. – The 2022 MAST champions have been crowned as SIMA Gold took down Leg A-Z with a three-goal second half to go all three matches without conceding a goal.

Stephen Annor scored a second-half hat trick, tallying six goals in the tournament, en route to the championship. The young striker was named tournament MVP for his efforts.

The first 45 minutes of action was a solid defensive effort by Darnell Bernier’s Leg A-Z, who the day before took down SIMA Elite with a similar strategy. A few scoring chances by SIMA Gold in the first half came close, but the score remained deadlocked at 0-0 at halftim

The tourney favorites started the second half on the front foot. The game shifted dramatically in the 54th minute as Leg A-Z defender Reginald Eldime went in for a hard challenge on Malang Mandiang, earning him a second yellow and subsequent red card, putting the visitors down a man the rest of the match.

SIMA would capitalize on the man advantage just minutes later as Annor bagged his first of three on the night off a corner, whipped in by fullback and captain Shawn Smart.

Down a man and down a goal, Leg A-Z was forced to play a more defensive shape and rely on counter-attacks the rest of the way, but with the stout Montverde defense cleaning up any errant attacks, there were a handful of half-chances created on the other end of the pitch

SIMA, meanwhile, continued their onslaught as Annor scored his second from inside the box in the 64th minute. A counter-attack started by Mandiang found the winger putting in a low ball for the striker to settle, turn and finish past Leg A-Z keeper William Clavier to double the lead.

The final strike came in the 71st minute as youngster Alfred Baafi smashed a low cross into the box, which Annor deftly buried, sealing his hat trick on the night.

The final tally for SIMA Gold was 13 goals for and none against, holding clean sheets in all three matches played in the tournament. 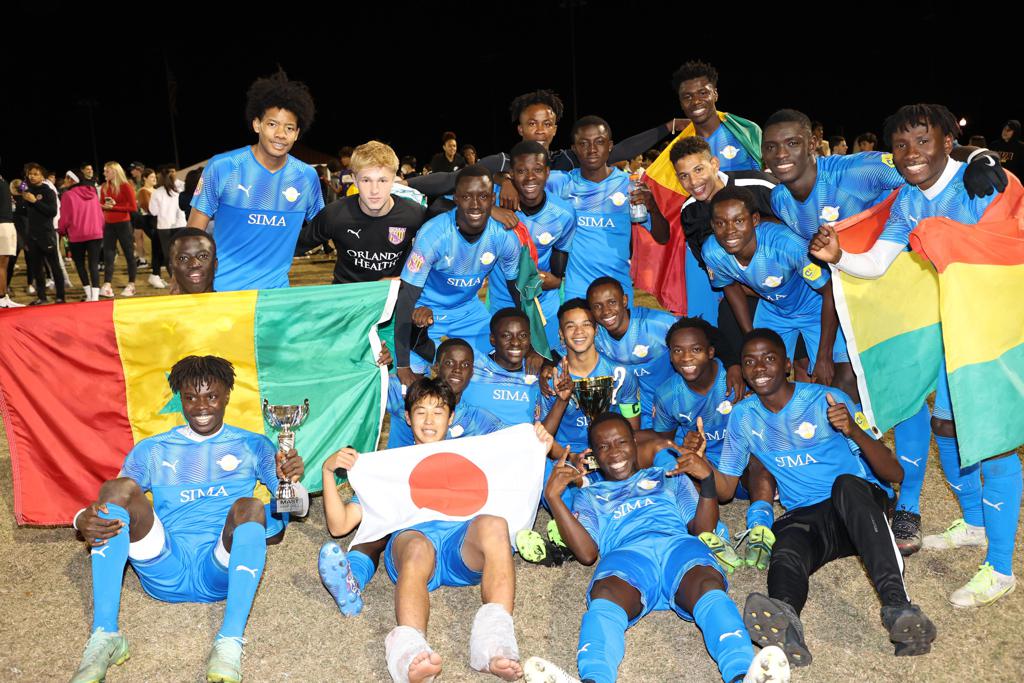