With the season nearing an end, the Montverde Academy boys varsity soccer team regains its stride. After coming off their first loss in program history in the previous match, the Eagles forge ahead to finish their season strong.

The Eagles faced Citrus High School at home on Friday January, 11 and were able to pull out a 5-0 win under Coach Kevin Varnado. To secure the victory, goals came from senior Joao Lima and senior Bleno Cruz in the first half. Second half goals came from senior Camillo Moreno, PG Youssef Moulhi, and sophomore Haya Yoshizawa.

Their current standings have them at a 11-1-1 record on the season. The Eagles look ahead to FC MAST which will be hosted at the MVA Athletic Complex on January 16-19. Following the tournament, only one home and one away game remains in the season. 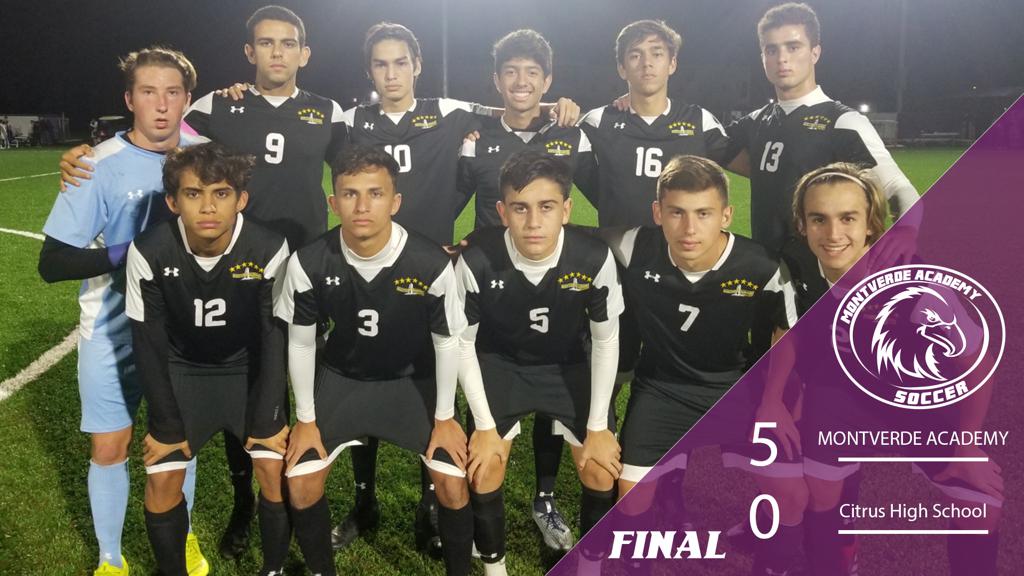