Today Montverde Academy hosted their spring National Signing Day where student-athletes can sign their National Letter of Intent to compete at the collegiate level. The Soccer Institute at Montverde Academy (SIMA) had three seniors sign today to the institutions of their choosing. These boys were also asked about what this moment meant to them and how Montverde Academy helped to prepare them for their next step.

“This moment really means a lot to me to see how my hard work and dedication has paid off,” said Gracindo. “Montverde Academy has provided me with opportunities both athletic and academic to be where I am today, and I know that when I look back, I will know that Montverde Academy helped me reach my goals.”

“I’ve come a long way and it’s a good relief to know that hard work pays off,” said King. “Montverde Academy really helped because when I moved here, I didn’t think I could go anywhere but then Montverde really helped prepare me for what’s next.”

“This moment is amazing, I feel good and I am ready to go to college,” said Moreira. “I am proud to represent Montverde Academy.”

Signing three student-athletes this early in the spring is a good step for the SIMA program as more college acceptances will arrive in the following weeks. High school student-athletes have until May 1 to decide where they will attend college as set by College Guidance, but with a later signing date in the spring, many are waiting to make their final decisions. 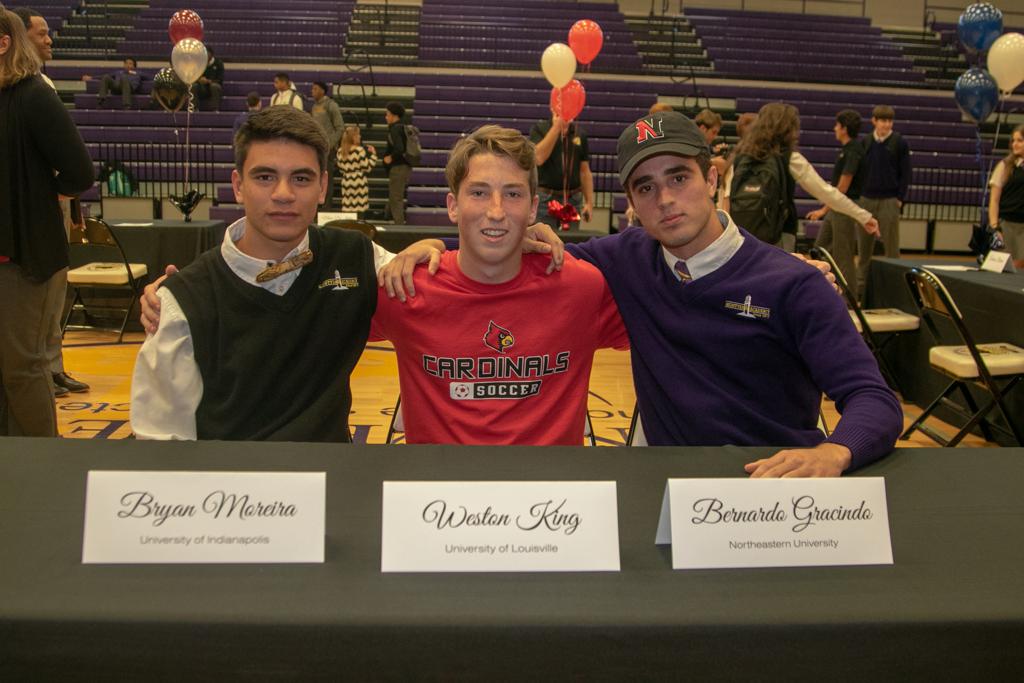