Mike Potempa began as head coach of the Montverde Academy Boys' Varsity Soccer Team in January of 2010. In only his first season in 2010-11, Potempa led the Eagles to their first undefeated season in school history with a final overall record of 26 wins, 0 losses, and 1 draw. In addition, the Eagles managed to finish the season recognized as the No. 1 team in Central Florida according to the Orlando Sentinel, the No. 1 team in the State of Florida by ESPN, and crowned 2010-11 National Champions by ESPN Rise magazine and the POWERADE Fab 50.

In 2012, under Potempa's leadership, the Eagles were once again recognized as the best high school soccer program in the United States by MaxPreps.com with a final overall record of 23 wins, 0 losses, and 4 draws. For the second consecutive year, every senior in the class of 2012 received an athletic scholarship to NCAA and NAIA institutions including an unprecedented 9 Division I signings.

Since 2010, the Montverde Academy Boys' Varsity Soccer Program has been named consensus National Champions for seven consecutive seasons holding the longest unbeaten streak in the history of boys’ high school soccer in the United States that currently stands at 172 consecutive matches (163 wins, 0 losses, 9 draws). Under Potempa, the Montverde Academy Boys' Soccer Program has also witnessed over 150 student-athletes graduate and go on to amass athletic and academic scholarships to colleges and universities across the country in addition to 18 student athletes who have signed first team professional contracts in Europe, South American, Major League Soccer (MLS), and United Soccer League (USL).

As a player, Potempa is a former U.S. National Team member at the Under-17, Under-18, Under-20, and Under-23 levels and represented the United States in the 1995 FIFA Under-17 Youth World Cup in Quito, Ecuador.  He was a three time All-American and captain at Clemson University helping lead the Tigers to an ACC Championship in 1998. Potempa was the first male soccer player in program history to be recognized as an academic and athletic All-American in the same year and remains one of only 15 student athletes at Clemson University to accomplish this impressive double. Potempa was drafted by the Los Angeles Galaxy of Major League Soccer in the 2001 MLS SuperDraft, but was forced into early retirement due to injuries.

As a coach, Potempa holds a USSF “A” coaching license and spent seven years as a Division I college coach at his alma mater from 2004 through 2010. While at Clemson University, Potempa coached in the 2005 College Cup Final Four, and worked with over 20 student athletes who eventually went on to play professionally in Major League Soccer and abroad. He brings a wealth of knowledge and experience to Montverde Academy with 17 years coaching at the high school, club, and NCAA Division I levels.

Mike also has experience at the Academy as an English and writing instructor at Montverde Academy in addition to his then role as Director of Athletics. Potempa graduated from Clemson University in 2001 with a degree in Business and Marketing and is married to the former Deborah Maria Nunes. He has a daughter Nina Rose, who was born in January of 2012 and a son Luca Michael, who was born in June of 2015, both of whom attend the Montverde Academy.

Toni Garcia comes to us from Valencia, Spain where he previously held the same position with Valencia CF Academy.  In this position, Coach Garcia was responsible for methodology and external assessment for Valencia CF World Academies in Jamaica, Canada, Bermuda, Costa Rica, Malta, Japan, Saudi Arabia and Sweden.

Prior to Valencia, Coach Garcia served as an Assistant Coach and Fitness Coach for Ranero CF, Cartagena Reserve Team, Sangonera AT, Caravaca CF, Batavia FC and UCAM. He holds a Masters in Soccer, High Performance Specialization from UCAM, Murcia University.

In addition to his work with methodology, Coach Garcia will also oversee the coaching responsibilities for SIMA's Aguiluchos Program.

Kevin Varnado joined the SIMA staff in August of 2014 after spending the previous two years with South Carolina's United Battery Academy. Prior to his time with South Carolina United, Varnado was the Head Soccer Coach at Francis Marion University in South Carolina, where he worked for five seasons from 2007 to 2011. Varnado also served as an assistant coach at Francis Marion for five seasons from 2002 to 2006 prior to his appointment to the head coaching position. During his tenure there, Varnado won two regular season conference championships in 2002 and 2008 and won a conference tournament title in 2008. The 2008 season included an appearance in the NCAA National Tournament where the Patriots reached the regional semi-final. The 2008 and 2009 seasons saw Varnado’s FMU team ranked among the top 25 in the United States.

Prior to FMU, Varnado served as an assistant coach at his alma mater, St. Andrews University in North Carolina for one season. He has served in several capacities within South Carolina Youth Soccer’s Olympic Development Program (ODP). Varnado holds a USSF “A” coaching license and was a three-year letter winner and two-year captain as a player at St. Andrews University where he amassed first team all-conference honors.

Varnado is the SIMA Director of College Placement and a SIMA Staff Coach.

Marcus Tjarnberg joined the SIMA program in 2019 and has over a decade of coaching knowledge. Starting in 2008, Coach Tjarnberg worked with the Djurgardens IF Youth Academy in Sweden working his way up from the U10 team and head coaching the U17 team before joining SIMA. During his time with the Swedish club, his U17 team was crowned champions. Aside from his club coaching, he worked with the U17 Sweden National Team as a team and match analyst. Coach Tjarnberg was also responsible for the club relationship with Valencia CF in Spain.

Coach Tjarnberg currently holds a UEFA “A” Diploma and is a Certified Individual Coach from the ACC/PCC Program.

Leopoldo Jimenez joined the SIMA program in 2017 and enjoys passing his experience and passion for the game to his SIMA student-athletes. Before joining SIMA, Coach Jimenez had a long 20-year professional career playing for teams in Venezuela, Spain, Colombia, and Russia while playing in the Copa America Paraguay in 1999, Copa America Colombia in 2001, Copa America Peru in 2004, and more. Coach Jimenez, a Venezuelan native, played 75 official matches with the Pro Venezuelan National Soccer Team. He was also named 2003 Soccer Player of the Year in Venezuela while captaining several successful teams.

Coach Jimenez has also been a radio special guest, TV soccer analyst, editor and columnist throughout his career to discuss soccer, the Venezuelan National Team and his professional career. Coach Jimenez currently holds a USSF “B” Coaching License from US Soccer and a Federation Venezolana de Futbol Coach C License.

Domenic Pultrone joined the SIMA coaching staff in 2019 after coaching the Tulsa Roughnecks FC in the USL Championship League and the TSC Hurricanes where he was a Coach and Technical Director. Coach Pultrone previously worked with the Pierrefonds Soccer Association in Montreal, Quebec, Canada where he was the Director of Development and Head Coach of the Elite U21F/U16MAA teams. Coach Pultone has worked with several clubs in Canada over the years including the Association of Regional Soccer Rive Sud, ACP Soccer Academy, Lakeshore Soccer Club, Lachine Soccer Club Elite, and the Lac St. Louis Lakers Elite.

Coach Pultrone currently holds a UEFA A License and is fluent in English, French, and Italian. Before their arrival at Montverde Academy, Coach Pultrone worked with goalkeeper Marc Kouadio (U17 Canadian National Team player) and Olivier Correa (Jacksonville University commit). In 2013, Coach Pultrone was awarded Competitive Coach of the Year while his Lac St. Louis team won the Regional Championships. His teams also saw great recognition and achievement in 2004 and 2006.

Carlos Pedraza experience includes an extensive professional futsal career. At Montverde Academy, he enjoys practicing his passion for coaching and youth development. As a native of Caracas, Venezuela, Coach Pedraza began his football education at a traditional Spanish club in the City of Deportivo Galicia. After playing for the club at the Under 20 level, Carlos transitioned into his futsal career while attending the Universidad Santa Maria for his college studies. His experience as a futsal player include playing for some of the most prestigious professional clubs in Venezuela.

Carlos holds a USSF “D” coaching license and a Bachelor’s Degree in Administration and Business from the Universidad Santa Maria and is a SIMA staff member working across all levels of the program to develop our student athletes technically, tactically, physically and socially for a life in elite sport.

Andrew Douek-Pirotte is an American-born, Argentinian-raised soccer coach with multimedia experience in sports journalism. He has been around the sport since early childhood becoming a young assistant coach, accomplishing later the highest youth and professional coaching badges within the Argentine Football Association (AFA). He also played basketball and volleyball at a college level in Argentina. As a sports journalist he was a member of Círculo de Periodistas Deportivos de Buenos Aires (CPD) voting as a jury for the most important sport awards in Argentina, and was also a part of the prestigious International Sports Press Association (AIPS).

While working in Europe he specialized in youth development and scouting. On top of his media content and design tertiary degrees he is a certified International Professional Scouting Organization (IPSO) scout, completed methodology courses with entities like the Spanish Players Federation (AFE) and training sessions from the biggest club talent developers such as Dinamo Zagreb. His scouting videos and recommendations have allowed young players attain scholarships in the US and switch from non-league clubs to professional contracts.

Soccer has always been his biggest passion and with his experience around the world he looks to help the United States soccer achieve its potential through the Soccer Institute at Montverde Academy (SIMA) program. 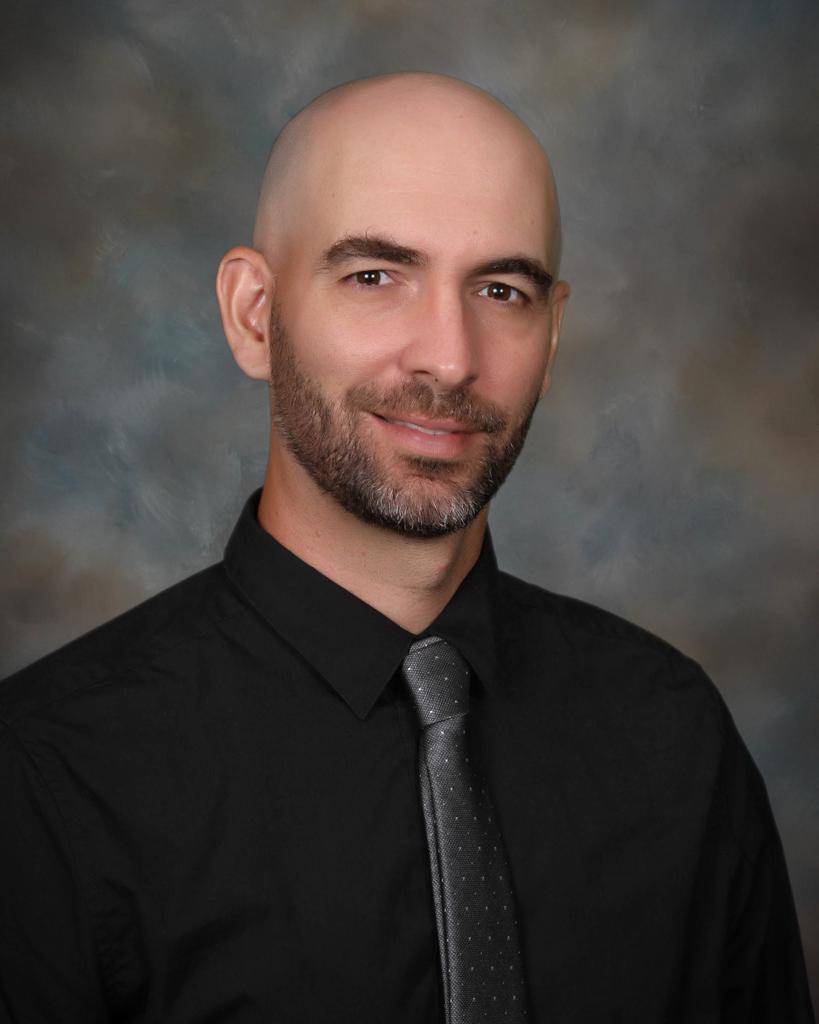 Originally from Santiago, Chile, Neira oversees the goalkeepers for SIMA. Neira graduated from Midway University (KY) with a Bachelor’s Degree in Business Administration with a minor in Sports Management.

As a goalkeeper before coming to the United States, Neira played at the youth level with Audax Italiano (Chile) for six years and played for the U-17 and U-19 National team of Chile. He was also on loan to Magallanes in the second division where he had his first appearance with the first team for Copa Chile, as well as the regular second division league as a backup goalkeeper. Then he was recruited to play collegiately in the United States. In his four seasons he achieved All-Conference First and Second team, All-Region Athlete, Daktronic Athlete of the Year, All-American Student-Athlete and Outstanding Student in Sports Management at Midway University.

Before joining Montverde Academy, Neira was a Goalkeeper Assistant Coach at his alma mater, Midway University, and helped with goalkeeper camps at Centre College.

Rodriguez also has vast experience as a goalkeeper himself as he played for an adult league in Peru for four years, participated in Goalkeeper Training Camps in Bodo, Norway, and Kiev, Ukraine. Most notably, he has played for the US Men's National Deaf Soccer Team participating in Training Camps for Deaf Pan Am in Chile 2019, Deaf Tournament World in Australia 2017, Deaf Olympics in Turkey 2017, Deaf World Cup in Italy 2016, and Pan Am in Venezuela. He currently plays for the Deaf Indoor Soccer Amistad Tournament.

Rodriguez is fluent in English, Spanish, and American Sign Language and will be working with all of our goalkeepers but specifically our Aguiluchos program.

Walker Dawkins joins the SIMA staff from the University of Central Florida where he played on their varsity soccer team. He was a captain for the Knights and lead them to an American Conference Championship. Dawkins graduated with a degree from UCF in Interdisciplinary Studies and a minor in Communication.

He is from Royal Palm Beach, Florida and comes from a family of NCAA athletes Dawkins' mom, dad, and two sisters all participated in college athletics. Before college he grew up playing soccer and played for the U14 and U15 US National Team. He joins the staff as a Physical Trainer focusing on injury prevention.