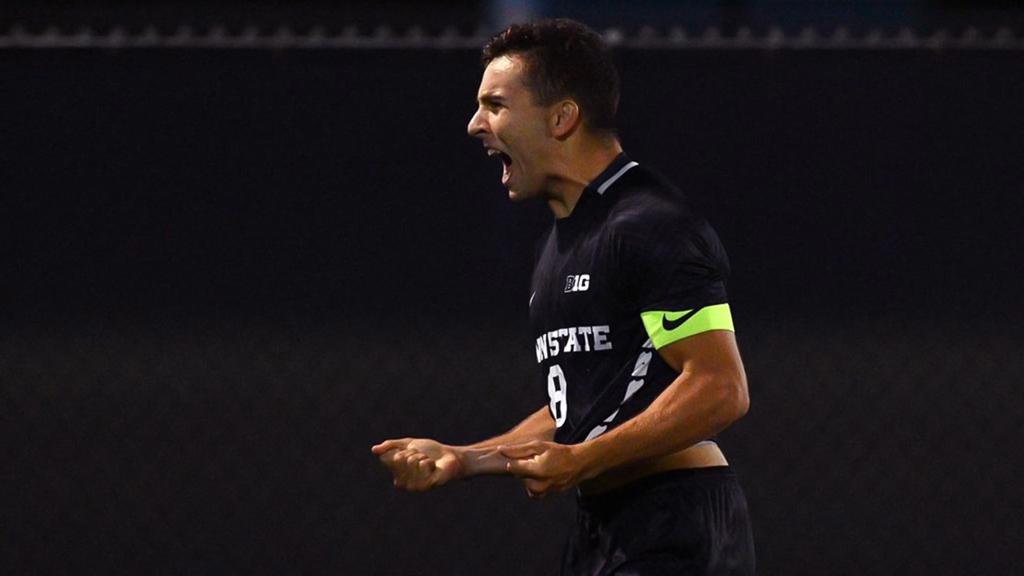 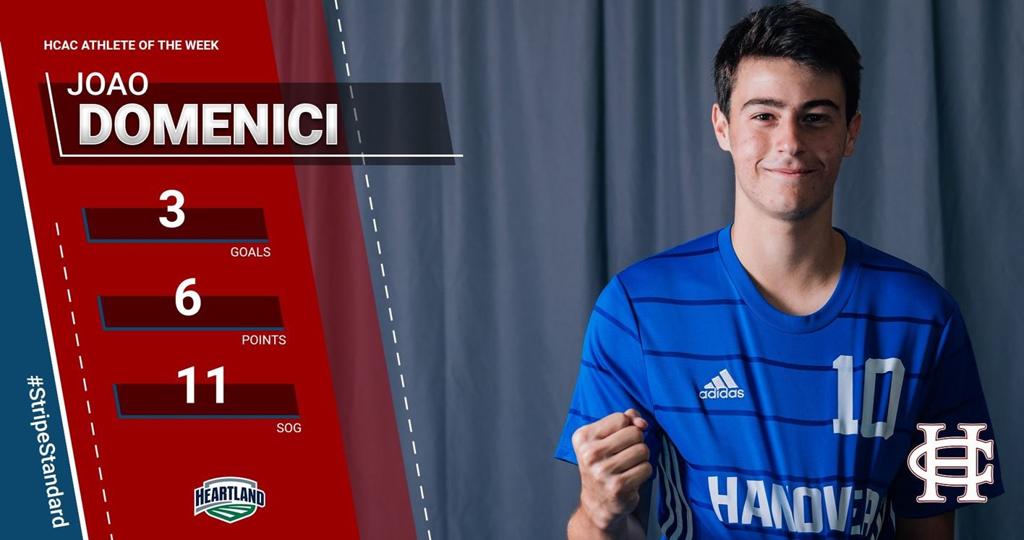 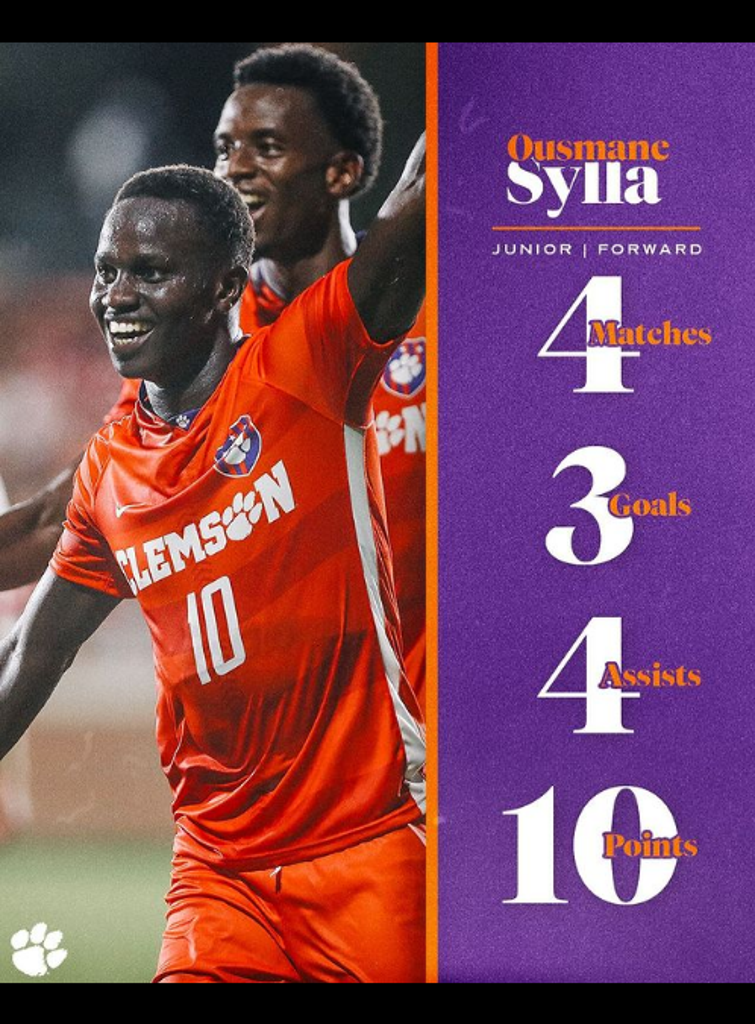 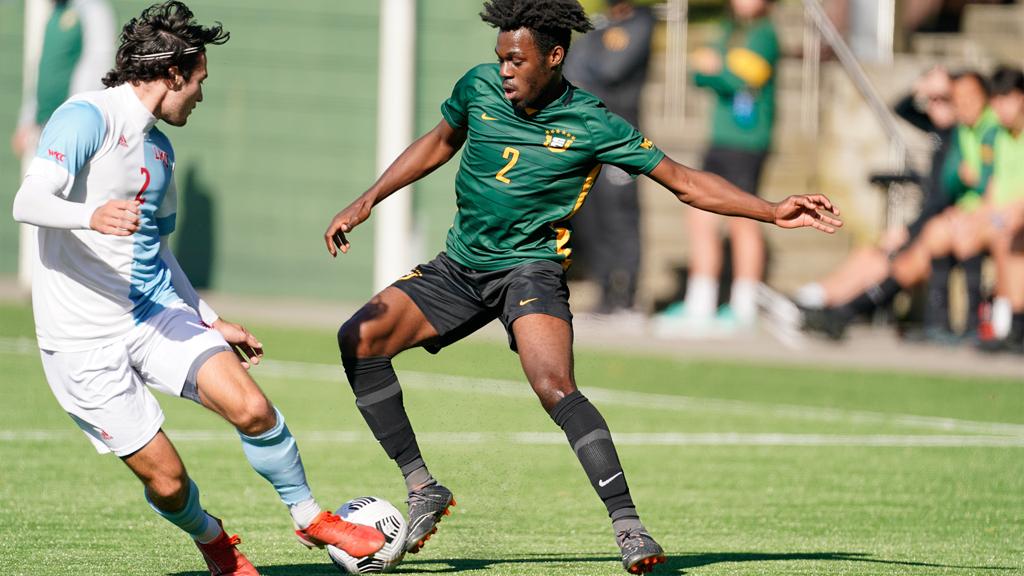 Peter Magione had a phenomenal week for the Penn State Nittany Lions as he was able to contribute 3 goals and 2 assists in two games. The USC One's To Watch List member showed how important his goal contributions are for the Nittany Lions. Mangione had himself a two goal performance vs #18 West Virginia. Mangione beautifully tucked away a header to partially tie the game 1-1. West Virginia pushed and was able to regain the lead but Penn State was persistent and pushed to get back in it 2-2 to only find that 5 minutes later their persistence would pay off as they were awarded a PK. Mangione stepped up for the Nittany Lions and buried the Game-Winner for the 3-2 win. Mangione and the Nittany Lions then visited George Mason University and again Mangione showed his quality. The forward was involved in all of Penn State's goals vs George Mason University. In the first 5 minutes of the game, Penn State was awarded a PK and Mangione stepped up to calmly tuck it in the back of the net to open the scoring. Just five minutes later, Mangione would find a Penn State jersey from almost half field to make it 2-0. The Patriots were able to pull one back to apply some pressure to the Nittany Lions and make it 2-1 , but Penn State wasn't done. Mangione again showed his playmaking prowess by finding a Nittany Lion to put the game to bed. Penn State took the 3-1 win over George Mason. After a fantastic week, Mangione earned  recognition as he was named Big Ten Offensive Player of the Week and he was selected to the College Soccer News Men's National Team of the Week.

Joao Domenici has started out the 2022-23 NCAA Division III season firing on all cylinders for Hanover College. Domenici opened up his season with 3 goals in 2 games for the #18 Panthers. Domenici and the Panthers opened their season against Spalding University in a hard fought win. The deadlock was not broken until the last 30 minutes of play and Domenici was in charge of sealing the deal for Hanover College. The Panthers kept going forward and looking for more as they even earned themselves a crucial penalty kick in the 76th minute. Domenici stepped up to make it 2-0 for Hanover College but the work wasn't finished there. About 6 minutes later in the 82nd minute Domenici netted his second of the game for the final score of 3-0 vs Spalding University. Domenici also proved to be important in Hanover College's 3-2 win vs Berea College. Domenici was able to break the deadlock early to set the tone for a real barnburner. Hanover was got the result with some late theatrics. The Striker earned himself HCAC Men's Soccer Offensive Athlete of the Week with his great performances.

Ousmane Sylla is picking up where he left off last week as he continues to contribute to the Clemson Tigers success. The NCAA Division I National Champions took on the South Carolina Gamecocks in an interstate rivalry matchup. With the first half in deadlock, Sylla was able to find his teammate at the top of the box at the 60th minute for the lone goal of the game. Clemson only needed the one goal in their 1-0 win over USC to extend their 9 year win streak over the Gamecocks. The Tigers then went onto play against UNC Asheville and Sylla continued to show his class. Sylla scored the second goal of the game with a beautiful strike to the Goalkeeper's bottom right. He then went onto assist the 3rd goal of the game just 5 minutes later. Sylla wasn't done yet, he then assisted his second goal of the game as the Clemson Tiger took down UNC Asheville 4-0.

Mathis St-Pilon (Omaha Mavericks) and Sidney Hartmann (Rivier Raiders) both scored 2 goals for their respective teams this past week.

Joao Freire (Knox Prairie Fire) recorded an impressive 12 saves vs Simpson University while Joseph Andema (Clemson Tigers) recorded his 2nd Clean Sheet of the season vs UNC Asheville. He now has 2 Shutouts in 2 games played for the Tigers.

A very productive week for our former Eagles at the next level!